MWC 2022: Cancelled, postponed or going ahead?

Will MWC Barcelona 2022 go ahead? Find out Deveo’s predictions & what you can do to help your sales pipeline! 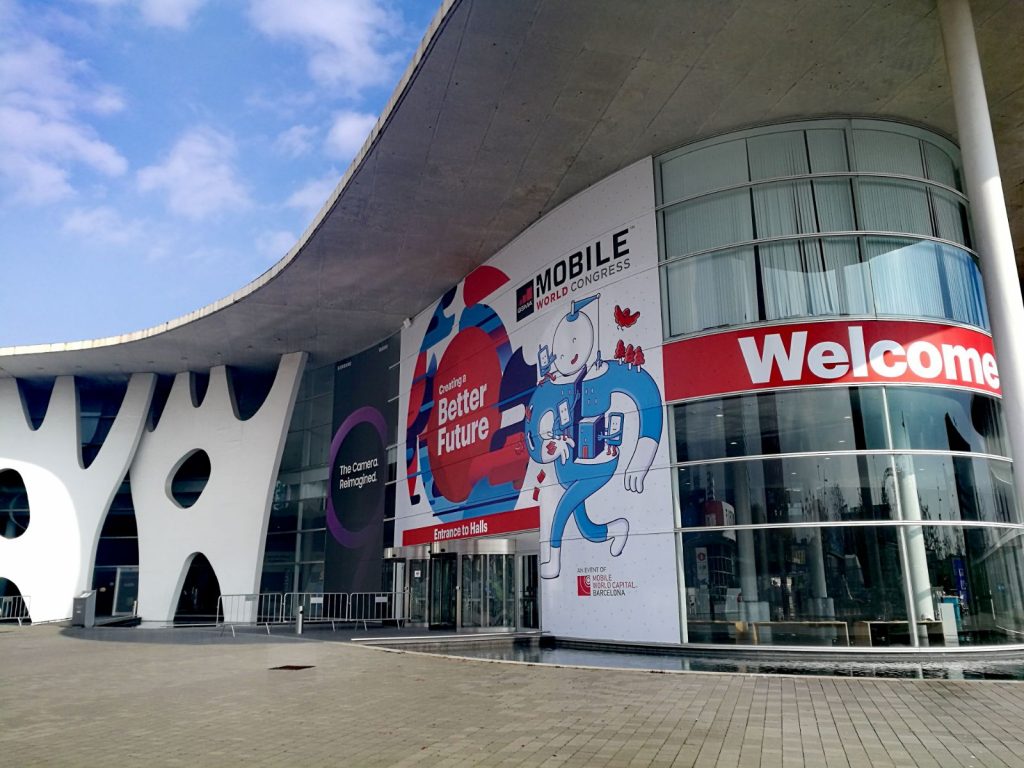 “What are your thoughts on MWC 2022 being cancelled?”

We’ve been asked the same question every day this year! Deveo is very well connected in the Telco/Broadcaster industries. As a result, our clients often ask our opinion on whether it is worthwhile attending a trade-show or not.

We’ve now experienced more than 2 years of COVID related cancellations or postponements. Consequently, the burning question for January 2022 has become “Will MWC 2022 be cancelled?”

On 13th January Sony pulled out of in-person attendance at MWC Barcelona 2022. They were one of the first companies to pull out of the 2020 edition that was ultimately cancelled. We’re now waiting to hear if the other big players are going to be following their lead. Lenovo have also confirmed that they will only participate virtually, but rather tellingly, these are the only two big names to pull out so far.

Ericsson have confirmed that they will participate & have their stand in Hall 2 as normal.

There are 3 possible things that could happen.

Let’s look at what we can expect from each scenario.

What to expect if MWC 2022 goes ahead

We don’t expect many Telco attendees. Deveo has seen this trend with other tradeshows that have taken place during the pandemic. People are naturally feeling cautious, and companies generally don’t want to oblige employees to travel.

With the rise of Omicron then most countries have put into place more restrictive rules once again. The WHO estimates that the Omicron variant could infect half of Europe over the next 2 months. This effectively means that even if travel is possible, many people would not be able to because they have COVID. If the GSMA decide to go ahead as planned, MWC22 will definitely not be welcoming 100,000+ visitors as they were pre-pandemic.

What do the GSMA say?

The latest comments from the GSMA to TechRadar indicate that whilst they are pushing ahead with their plans, they are prepared for any scenario.

“We are continuously responding to the latest information available from various officials and adapt plans accordingly. Our teams are busy preparing for MWC Barcelona scheduled to take place at the end of February and we encourage you to check our website for all the information you need on planning a safe experience for 2022.”

What happened with other recent tradeshows?

We have IBC very fresh in our minds, where the organisers were determined that they were going ahead until suddenly just over a week before they had to pull the plug. CES on January 5 – 8 this year went ahead but nearly all of the big names (including T-Mobile) dropped out at the last minute amid health and safety concerns.

What to expect if MWC 2022 is cancelled

We strongly believe that the GSMA would not cancel the show outright unless something very drastic happened. With vaccine uptake, strong health and safety protocols in place and improved testing facilities then the chances of MWC 2022 not happening is a very slim one indeed. But if there’s one thing we’ve learnt over the past 2 years, it’s to expect the unexpected!

What to expect if MWC 2022 is postponed

There’s a chance that the GSMA could postpone MWC22 until a later date in the year. Earlier in 2022 we had the feeling that this was the most likely scenario, with the GSMA rescheduling for an early summer month. If MWC is postponed we predict it will probably take place around June. However as MWC gets closer (only 2 weeks to go now!) we think this is less and less likely with governments lifting travel restrictions.

So what does this mean in practical terms for your marketing strategy?

If MWC22 goes ahead…

Pre-arranging qualified leads will be difficult due to the potential for people to cancel or drop-out at the last minute. There will not be the same volume of physical attendees as previous years. Deveo went to Barcelona for MWC21 and we can confirm that it was a very different & quiet experience without many Telcos.

Deveo ran several Lead Generation campaigns for our clients for IBC21, with the expectation that any physical meetings we arranged might well have to be converted into teleconferences. We weren’t surprised at all when the physical element of IBC was suddenly cancelled a few days before the show. With the cancellation news, we immediately sought to transfer our face-to-face meetings into teleconferences, with great success.

We know who has previously attended MWC Barcelona

If the GSMA persist in going ahead with MWC22 then we can expect to work in a similar manner. Crucially, we know the Telco executives that attended MWC in previous years. We can contact them again this year for you with a Lead Generation Campaign (with the potential to be a face-to-face meeting if MWC does somehow go ahead AND the executive is able to or still wants to go).

If MWC22 is cancelled…

We have been tracking the Telco executive attendees for years and can run a lead generation campaign so that you have teleconferences with the people you hoped to meet at MWC22.

In addition to the previous attendees, our worldwide database has 250,000 decision makers in it, and we run carefully targeted lead generation campaigns to deliver qualified leads to our clients.

If MWC22 is postponed…

The show will probably end up being something similar to that we experienced last year. Officially, there were 20,000 attendees. Deveo went to Barcelona, and can confirm that the show was extremely quiet, and the presence of the Telcos was very noticeable.

Don’t wait to get leads in your pipeline!

We wouldn’t recommend waiting for a postponed show to fill your sales pipeline for a couple of good reasons.

First, leads tend to slow down over July & August, so you can only count on September onwards to try and fill your sales pipeline with meetings. This doesn’t leave much of the year to get leads and conclude business contracts.

Secondly, a postponed show could then become a cancelled show (we all remember our misplaced optimism from 2020!). We would strongly suggest that you push on with your lead generation marketing plans. Don’t count on face-to-face meetings at this stage.

Deveo, as your lead generation partner, will support you regardless of whether MWC is postponed, cancelled or goes ahead! If you want to have a chat and find out what we can do for you, please feel free to get in touch with our team.