MWC Barcelona 2022. Are the Telcos going? Find out now!

MWC Barcelona 2022 will be going ahead. 50,000 people are projected to attend. But are Telcos amongst them? Read on to find out more! 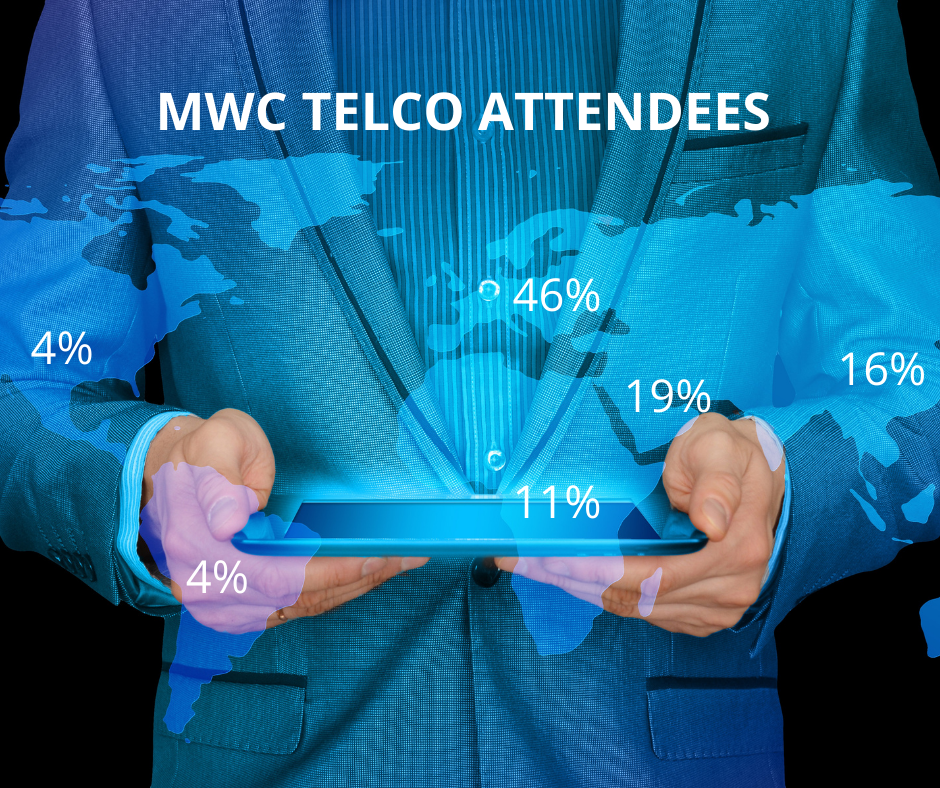 MWC is going to be happening in less than a week! We’re very excited to see that this tradeshow will be going ahead. As COVID rules are starting to relax, we’re seeing more and more people saying that they will attend. But who are these people? And more to the point, are Telcos going to MWC Barcelona 2022?

In our estimates, we think that there will be around half the normal volume attending. So that is somewhere in the region of 50,000 attendees. There’s a real buzz in the industry as people realise that face-to-face meetings will take place once again. Even this week there are still people now taking the decision that they will attend as we get visibility on the health situation in Europe.

Are the Telcos going to MWC Barcelona?

This is a question we’ve been asked a lot by technology vendors! We’ve seen signs that there have been a lot of MWC Barcelona registrations in the past couple of weeks. But who is actually going to be there? Every year Deveo uses their resources to identify who is attending from which Telco. We normally manage to identify around 50% of all those attendees who come from Telcos. This year is proving no different, so we can use our data to share a few facts and figures about the projected attendees for 2022.

We’ve noticed a huge acceleration in the number of contacts from Telcos who have said that they will attend MWC Barcelona 2022 in the last week. From the numbers that we are recording, we think around 5000 visitors will be Telco executives.

Where are the Telco attendees coming from?

I don’t think there are any surprises with 5 out of the top 10 countries being in Western Europe. Comparing the data with the attendees we identified for 2019’s MWC Barcelona edition we can see roughly the same trends, with the Top 10 countries for 2019 including Spain, USA, South Korea, Germany, France, UK, Turkey, Japan, Belgium & United Arab Emirates. Saudi Arabia was in 13th place, so has moved up significantly in 2022, due to a heavy presence from STC this year. Japan has also moved significantly downwards to 31st place from their previous 8th.

Anyone coming from APAC?

Again, no surprises here, due to pandemic restrictions we’ve seen that around half the usual number of APAC delegates will be attending in 2022. They normally make up 20% – 25% of the Telco attendees, this year they are around 16%.

All the big boys will be there! Matching with the data we have on which countries are attending, our top 10 Telcos are identified as follows:

Face-to-face meetings are back!

We’re very excited to see the return of MWC Barcelona. There is a real buzz at the moment with vendors extremely happy to be meeting with clients and prospects. The return of face-to-face meetings for the first time in over 2 years for many of our clients is definitely a most pleasing prospect!

Meet the Deveo team at MWC

Deveo will have several employees at MWC & will be delighted to meet with you to discuss your lead generation needs for 2022 and beyond. Should you wish to meet us please get in touch and we’ll organise it!